In 1536 Henry VIII (Queen Elizabeth's father) founded the Church of England, when the Pope, the head of the Catholic church, would not allow him to divorce Catherine of Aragon.

This made England a truly Protestant country. The Protestants and Catholics both believed that the other was an evil religion and should be abolished, even though they were both Christian.

When Elizabeth came to the throne she insisted that England should be a Protestant country, which angered King Phillip of Spain, a devout Catholic.

For many years both countries lived in peace, but in 1585, five years after Drake's celebrated circumnavigation, Elizabeth sent English soldiers to join a Protestant army, fighting the Spanish in Holland. Phillip used this as an excuse to declare war on England.

Most of the war against Spain was fought at sea, English sailors attacked Spanish ships and raided the Spanish coast, while Spanish sailors attacked the English. Then, in 1587, Phillip ordered a full scale invasion of England. His plan was that a huge fleet of ships, called an Armada, should sail up the English Channel, destroy the English fleet, then sailed to Holland, where a Spanish army was waiting. The army would board the ships and be transported to England. The armada sailed towards England in 1588. 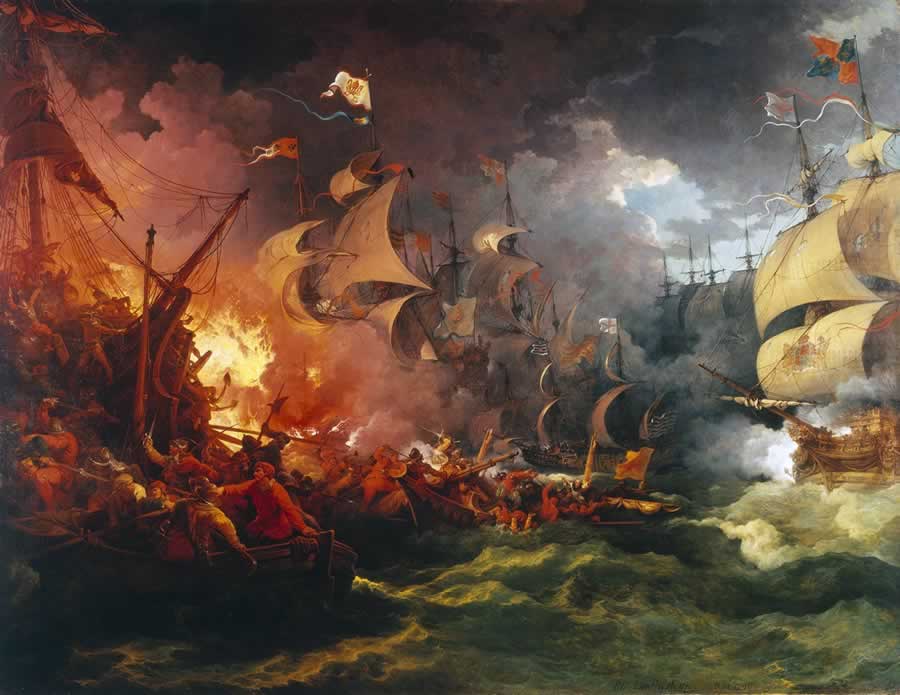 Unfortunately the Spanish fleet suffered terrible hardships with the weather, and when they reached the English Channel, they discovered that the English fleet outnumbered them, and was made up of faster ships, with bigger cannons. The English crews were made up of more experienced sailors, who were well rested and eager for the fight, while the Spanish sailors, were exhausted, starving, and already suffering from disease. The two fleets fought up the channel, and the Spanish were finally beaten off the coast of Holland. The Spanish fleet scattered and many were wrecked trying to get back to Spain. In the end, only a handful ever saw Spain again.

The war continued for many years, and didn't end until Elizabeth died in 1603, even though Phillip had himself passed away in 1599. It is difficult to say who won the war, for although England beat the Armada, and later managed to land soldiers in Spain itself, it never managed to win any major victories over the Spanish, and Spain remained the strongest country in Europe, and remained a threat to England, and the Protestant religion.